What Prueksa Amaruji’s Bikeman offers is a familiar reflection of third-world country’s problem, where employment issues create the urban dream. University graduates have to wander off the hometown to compete with each other and find jobs in the country’s capital (or the financial capital). Bikeman attempts to underline such an issue with lightweight exposition and a heightened sense of comedy—overdosed with slapstick and farce.

At the center of this Thai blockbuster, Sakkarin (Pachara Chirathivat) will wake up early morning to boat across the lake of his provincial town before catching a train to Bangkok, where he claims to work in a high-profile bank. The truth is, he never works in a bank; he attempted a few times indeed to apply for a job in banks, but he never made it. Refusing to disappoint his widowed mother, Sakkarin decides to still work in Bangkok as a bike man, in which he’s made quite a reputation. While working on the streets, he always rides under the radar, avoids people, especially his relatives, and conceals his identity. It wasn’t until he encounters, his childhood crush, Jai (Sananthachat Thanapatpitsal), that he begins to learn that he cannot keep lying forever.

There are moments where Bikeman could actually land its moments, but the movie never reaches the destination. The presentation often succumbs to over-the-top slapstick and deadpan jokes, which eventually sacrifice the drama potential and blur the message. The jokes feel like a series of comedic sketches stitched together with the setting, but it’s hard to find the coherence between each of them.

Similar to the protagonist, Prueksa Amaruji’s movie feels draggy at most of its duration as if it tries to buy some more time before the it moment appears. The championed moment happens eventually, but the crucial drama never pays off. The climactic moment loses off the momentum as soon as it lands. Partially, the movie’s unsympathetic depiction of the characters, especially Sakkarin, contributes to the missing potentials.

It’s almost difficult to take Bikeman seriously even when it carries an important message—mainly overshadowed by the movie’s constant unbalanced storytelling. However, the moment between Pachara Chirathivat and Sananthachat Thanapatpisal can be a lifesaver at times. While unfocused, their meet-cute moment is actually worth the time.

6.3
Bikeman (2018) 1h 46min | Comedy | 20 September 2018 (Thailand)
Director: Prueksa AmarujiStars: Pachara Chirathivat, Sananthachat Thanapatpisal, Jennifer Kim
Summary: "Sakkarin" is a 25 year old guy who could not find a job as his mother wishes him to be a banker. To take care and make the family happy, he has to lie by wearing the bank uniform out of ... See full summary »
Countries: ThailandLanguages: Thai
Source: imdb.comDisclaimer: This plugin has been coded to automatically quote data from imdb.com. Not available for any other purpose. All showing data have a link to imdb.com. The user is responsible for any other use or change codes. 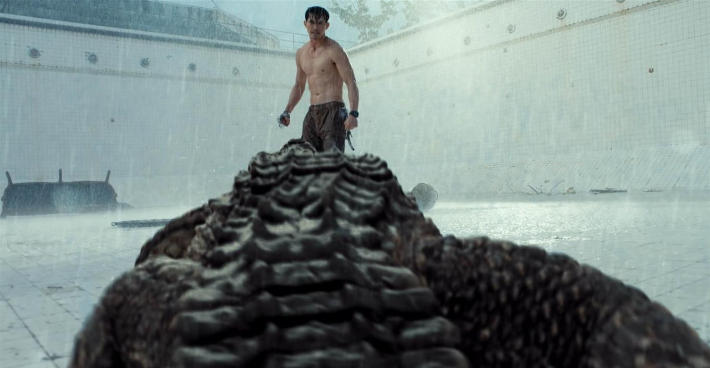